Macclesfield agency Henbury Travel is taking part in a regional BBC TV news programme focusing on the recovery of businesses in northwest England. 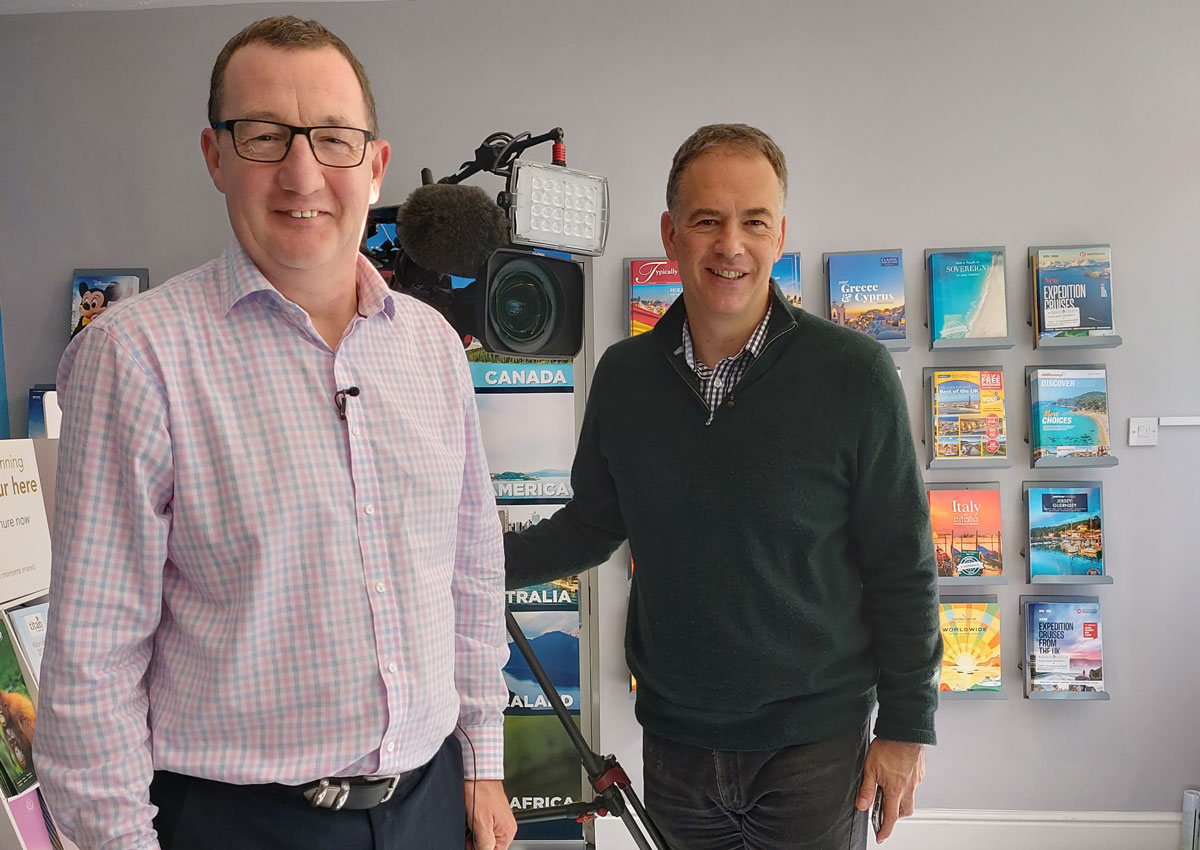 The independent agency’s owner, Richard Slater (pictured left), spoke to presenter Roger Johnson on Monday, with the interview due to be broadcast during the BBC North West news bulletin at 6.30pm on Tuesday evening (September 21).

Slater, who is also the northwest chair of Abta, said the programme has a viewing audience of about one million.

The interview will be the first instalment of a three-part series called ‘Road to Recovery’, focusing on three local businesses coping with the effects of the pandemic.

The camera crew and interviewer will return in November and January to interview Slater and update viewers about his progress.

“He asked me about where I see myself on the road to recovery,” said Slater.

“I said it’s an A-road and we’re just turning off a B-road onto the A-road. There is light at the end of the tunnel.

“Bookings are better but we do not get paid our commission until the client departs.

“It is mainly for 2022 but some late bookings are taking over.

“We have plenty of new clients booking quality holidays as destinations come on stream.”

The agency’s social media channels accounts for about one in eight bookings, which Slater attributes to the fact that he shares information about travelling, rather than just special offers.

He said there are still hurdles for customers to overcome, especially older ones who don’t have internet access or smartphones, and those who are nervous about catching Covid-19 while travelling.

Some travellers have been turned away from check-in at Manchester airport as they had booked direct, rather than with an agent, so they did not have the right documentation, he commented.

About Us
Upcoming Events
Event Gallery
Become a Member